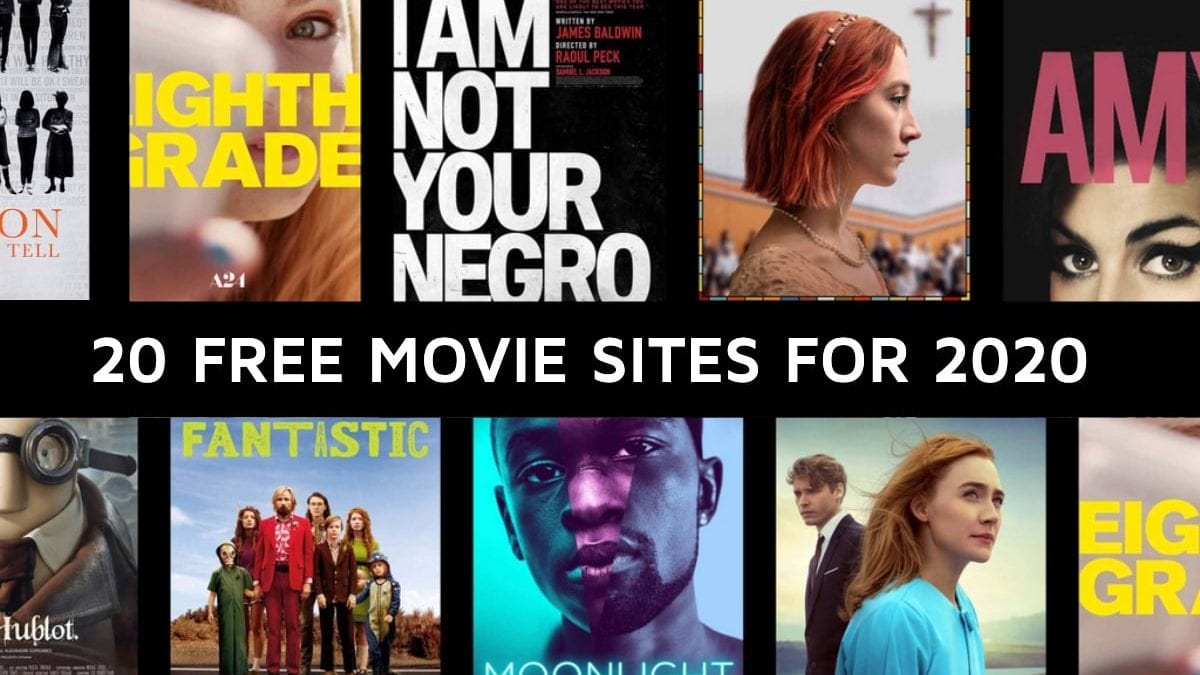 Looking for legal online sources to download movies? You’re not alone! If you’ve watched everything on Netflix and Showmax during lockdown or you don’t have a friend or family member’s account then there are plenty of ways to stream your favourite movies online for free. We’ve selected a list of websites with free content, where all you have to do, is ensure you have a great FIXED LTE, ADSL or FIBRE LINE. Enjoy the benefits of uncapped internet to its full potential without the lock in of a paid service!

Check out these 16 great sites to bookmark on your PC, tablet or SMART TV for when you want something new to watch. Note that many films are available on multiple free services at once, so if your movie has too many commercial interruptions or a painfully low resolution on one of them, search for it on another.

The streaming services Kanopy and Hoopla both have a large selection of high-quality movies. Kanopy carries the Criterion Collection but they’re only available if your local library system has a subscription, which also means you’ll need a valid library account to log in. That’s one more hoop you’ll have to jump through, but it’s worth it considering the variety of what’s available.

Check on either site to see if you can access them via your existing (and free) library account.

PBS is home to shows like PBS Newshour, Antiques Roadshow and This Old House. Note, that many of the titles are restricted to paying members, however some of PBS’s online selection (taken from its TV programming) is available online for free, this includes a series of film school shorts. Depending on the show, you may be able to view certain episodes or previews without a subscription. This should be good enough to get you something different.

The free streaming site Tubi offers movies and TV shows from several major international studios with minimal (or sometimes even zero) advertising. The catch is tough, judging by a spot-check, desktop streaming is limited to SD resolutions, but its free..

The wide range of titles include hits like Harold and Maude, Heathers, Rain Man, Road to Perdition, The September Issue and The Big Short. There are several genre lists to help you browse the large catalog, and there’s even a dedicated section called Not on Netflix so you can get your Dance Moms and Bachelorette fix.

Tubi is available for desktop as well as Android, iOS, Roku and Amazon Fire.

MoviesFoundOnline collects public domain films, independent films, stand-up comedy, TV shows and other media freely available around the web. Content is organized by categories, which are easy to browse across the top of the site. Highlights range from cult classics like Dawn of the Dead and Reefer Madness to more recent films like The Expendables and Starship Troopers. Great catchups for those looking for an alternative to paid services.

It’s worth pointing out that since MoviesFoundOnline doesn’t upload or host the media themselves, some of it may wind up vanishing if a copyright claim is made against it. As long as you can stream them, though, you’ll get a lot of great, freely available and difficult-to-find movies and TV recordings for the low price of nothing.

Paid streaming service Vudu has a free section offering an assortment of recognizable movies floating among less familiar titles. You’ll need to sign up for a free account and sit through some adsand some movies are only available in SD, which isn’t great but you’ll get access to more than 5,400 movies on your computer, phone or streaming device.

Whats great is that you’ll find a lot of films from the 80s and 90s (as the rights to supply them have gotten cheaper), but Vudu has also added decent amount of current titles. Highlights from the current lineup include hits like The Exorcist, The Royal Tenenbaums, Get Shorty, Waiting for Guffman and O Brother, Where Art Thou?

Many free streaming services are packed with movies you’ve never heard of, so you need to sift through them or find the Most Popular section to get to the good stuff. But IMDb TV, a free portal for watching TV and movies, focuses on recognizable titles. You’ll have to create an IMDb account and watch occasional ads to access them, but that’s a small price to pay for a not-too-shabby lineup.

IMDb TV is available for desktop streaming and Amazon Fire TV devices. Current titles include A League of Their Own, Varsity Blues, A Knight’s Tale, The NeverEnding Story, Spotlight, The Big Short, Memento, Donnie Darko, Funny Girl and Airplane.

Prefer to download than stream? Well then Public Domain Torrents is the site for you. Most of the films you’ll find are pretty old, but many are also those cinema classics that you really want to see. And, as the site’s name implies, they’re all completely free to download.

Best of all, many of the films are available in versions optimized or encoded for specific mobile devices!

TopDocumentaryFilms offers lots of documentaries broken up by category, from war, global conflict and crime to health and the environment. The categorization makes the offerings fairly easy to navigate, and the site has a community of users who provide ratings for each film so you can get an idea of what you’re in for before you begin watching.

If you’d like a starting point, check out their top-100 documentary list to see what others are watching, or check the front page for their featured films.

If the name doesn’t give it away immediately, Classic Cinema Online is ideal for classic movie buffs who love the era of black-and-white films and artistically painted movie posters. Highlights include The Bridge on the River Kwai, The Thin Man, Reefer Madness and Heidi.

If you’re looking for something specific, you can sort by category using the menu in the upper-right if you’re feeling like serials, or a solid silent film. And if you prefer old-time television, check out its sister site, Classic Television Online.

With thousands of free TV shows and movies with names and titles you’ll probably recognize, PopcornFlix prides itself on the fact that none of its programs or movies are more than two clicks away. They’re all completely free to watch on your computer, as well as mobile apps or other supported devices.

Crackle is often overlooked when people discuss free streaming media on the web, but you can grab this service for a number of mobile devices and set-top boxes. You have to sign up for an account, but once you do, it’s easy to create a watchlist, get recommendations for new shows to stream and browse Crackle’s full library of TV shows and movies. These the films Patriot Games, Monster and The Cable Guy, and TV series like Bewitched, The Critic, Just Shoot Me! and NewsRadio.

That’s part of the beauty of Crackle: You’ll absolutely find movies you’ve heard of, shows you actually want to watch and more. It’s all free as long as you’re willing to watch the occasional commercial.

Plex, announced in December 2019 that it was launching a free, ad-supported streaming service. You have to watch ads to view any of its free content, but the convenience of being able to view free movies and TV along with anything from your (or your friends?) media servers all in one place, on any device, is pretty great.

Vimeo might be a distant second to YouTube for size and popularity, but it’s still a great video-streaming service for short film and independent filmmakers. It’s also ideal for people who want the freedom and flexibility of a mobile-friendly, HD-capable upload service that has great privacy and video management controls, as well as an upbeat community of users.

For those just looking for something great to watch, Vimeo’s Staff Picks is full of gems that run the gamut from dramas, to documentaries, to science fiction. You can either grab the Vimeo mobile apps to take your movies with you, or stream Vimeo films directly to your TV through your Chromecast, Roku, Xbox, Amazon Fire or Apple TV.

No list of free TV shows and movies would be complete without YouTube, and not because of the sheer volume of ripped and pirated media available there. In fact, YouTube is home to a ton of freely-published movies and TV shows, many of which are YouTube originals, and others that are available via Creative Commons licenses or shared in the public domain. YouTube also collects free-with-ads films inside its Movies section.

Many YouTube originals have vanished behind the paid curtain of YouTube Premium, but there are still plenty to be found. If you need help finding something fresh, the Full Movies on YouTube subreddit lists new free movies every day.

The Internet Archive is a repository for all sorts of things. While you probably know it for the ever-useful Wayback Machine, it’s also great for public domain films, independent media, TV broadcasts and newsreels and other media that you’re free watch and to use and remix on your own, if you want.

There are plenty of movies organized by categories like sci-fi, horror or film noir in addition to art films, educational videos and films, special collections that were made available to the Internet Archive for posterity, documentaries and even collections of stock footage. It’s not the most easily browsable archive, nor is it organized for mobile screens, but it’s certainly a treasure trove of interesting material.