As the 4th Generation Xbox, The New Xbox Series X is a Winner. 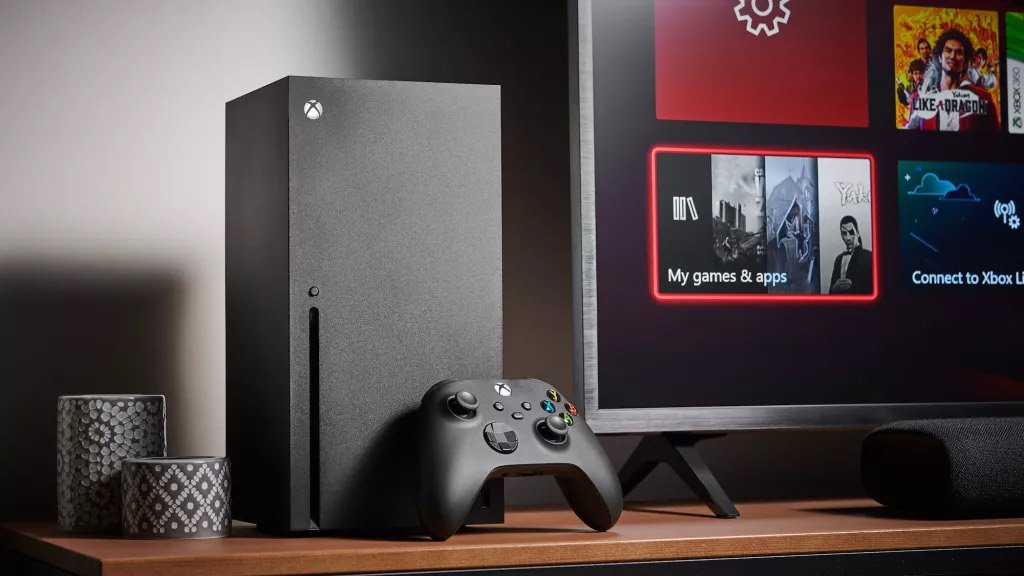 The new Microsoft’s Xbox Series X, is the fourth version of the iconic Xbox, which may be the most powerful home entertainment system ever, yes we said it. It’s light years ahead and a ground breaker for gaming and tech.  The new Xbox brings more computational power than any console in history, yet no games that really necessitate that power. It’s like showing up to a party too early for fear of missing out.

For the last 20 years, Microsoft’s Xbox series has always tried to be the best in the game, excuse the pun. When the original Xbox was launched back in 2001, it was by far, the most powerful unit in the era of sixth generation consoles. It was the very first video game system to feature an internal hard drive, which allowed it to brought us to the world of  memory cards needed for players to store their save data, while the console’s DVD player also hinted at Microsoft’s goal of creating the ultimate home entertainment system. From day one, the dream was to fit games, movies, and music all in one (X)box.

The Series X feels like nothing less than a gamers dream, from the immaculate design to the operating system to its super hero power. It may not reinvent the wheel, but the machine represents the future trajectory that Microsoft has been heading towards in the video game world for the last twenty years, and it fulfills the broad potential that Xbox loyalists have always seen in their brand of choice.

Lets make no mistake,  once the future catches up with the present, this Xbox will be a marvel of graphic wizardry and as an entertainment system, the Series X is essentially a faster, larger Amazon Fire TV Cube or Roku Ultra that also happens to support the most leading edge video game tech.

Much has been made of Series X’s size (11.85 inches tall, 5.94 deep/wide), but the system resembles a subwoofer when you stand it up, and will easily disappear into most home decor as a result. The only drawback to the machine’s beautiful matte finish is that it immortalizes every fingerprint you smudge upon on it, so be sure to handle it with care if you want it to stay classy.

In addition to the console, there’s the next generation of Xbox Controller, which is essentially a carbon copy of the version that shipped with the Xbox One S and X aside from three noticeable changes: a share button (for screenshots and recording video), a concave (and much clickier) directional pad, and textured grips along the controller’s handles and triggers. There’s also some added heft, but the controller will still feel plenty familiar in your hands.

To combat the future storage wars, the Series X includes a proprietary internal storage expansion slot (Seagate is selling an additional 1TB) and three USB 3.0 slots for external hard-drives (though optimized games can only run from the SSD).

The Xbox Series X is likely the perfect object of home entertainment. In addition to its high-powered gaming capabilities, it also sports a 4K Blu-ray drive with support for HDR10 (as of this posting, it does not yet support HDR10+ or Dolby Vision, though those could be added via firmware update, as both the gaming and streaming arms of the machine already support Dolby Vision) and, like the Xbox One (but unlike Amazon and Roku), hosts apps for every major streaming platform (save for Quibi, may she rest in piece). The result is a hub that serves as one-stop shop for all your glowing rectangular entertainment needs, allowing its users to bounce between a beautiful 4K transfer of “Parasite” on Blu-ray, streaming Netflix’s “The Crown“or Apple TV+’s “Ted Lasso,” listening to IndieWire’s Screen Talk podcast on Spotify, and jumping right back into “Doom Eternal” using Quick Resume. If only the console came equipped with a Kindle app.

Xbox Series X is The Most Powerful Console Ever.

The Xbox Series X is the most powerful console released to date (judging by tech specs alone, it may offer even greater upside than the PS5), but the jury is still out on when games will actually be able to harness that strength, and even in less pandemic-afflicted times.

All that being said, anyone with the means to pick up a new system and a taste for the kind of multiplayer-focused exclusives that have always been Microsoft’s bread and butter could do a lot worse than betting on the Xbox Series X, which is already the most powerful entertainment hub ever created, and could one day be a great video game system to boot. Considering what it can achieve, it might just be the last console of its kind you ever get.

Check out our great dealz here where you can rent an Xbox at a much more affordable rate than buying one outright. Want to know more about Fibre Boyz? Click here. Need more info directly from the horse’s mouth? Check out the official Xbox Series X page on Microsoft’s website.